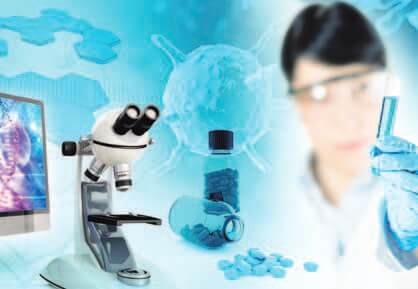 This is the first in a series exploring some of the most promising advances inspired by the Human Genome project. From the burgeoning field of pharmacogenomics to consumer genetic testing such as 23 and Me, the time from discovery to application is progressing rapidly. We’ll look at some of the latest thinking and its impact on personalizing medicine in the future.

To boil down a complex subject to its very human goal, pharmacogenomics means using genomics to get the right dose of the right drug to the right patient at the right time. There is tremendous variability in individual response to drugs, and a large percentage of adverse drug reactions may be due to genetic variables that are just beginning to be really understood.

It’s important to note that while significant progress has been made, the actual use of pharmacogenomics in primary care may be many years away and unlikely to impact the way in which your physician currently prescribes medications for you. However, as research continues to accumulate, the medical community is hopeful that this information will someday help guide prescription decision-making in a much more precise and personalized way.

What we know now

Slightly different, but normal, variations in the human genetic code can yield proteins that work better or worse when they are metabolizing different types of drugs and other substances. Even small differences can have a major effect on a drug’s safety or effectiveness for an individual patient. Your drug-metabolizing enzymes may be set to act in a completely different way than a friend of similar height and weight because phenotypes range from ultrarapid and rapid metabolizers to normal, intermediate and poor metabolizers.
Consider this example from the National Institutes of Health: The liver enzyme known as CYP2D6 acts on 25 percent of all prescription drugs, including the pain reliever codeine. There are more than 160 versions of the CYP2D6 gene, and many of these vary by only a single difference in their DNA sequence. People who manufacture an overabundance of CYP2D6 enzyme molecules metabolize the drug very rapidly, and as a result, even a standard dose can be too much. Conversely, those who carry a CYP2D6 gene that results in a slowly metabolizing enzyme may not experience any pain relief. Armed with this kind of information, a physician may be able to prescribe different types of pain relievers for both of these patients.
The Food and Drug Administration now includes pharmacogenomic information on the labels of some medications, with details on risk for adverse events and side effects, effectiveness for people with specific genome variations, genotype-specific dosing and mechanisms of drug action (the specific biochemical interaction through which a drug substance produces its pharmacological effect). This may eventually help physicians make the right individual patient choices for drugs that include pain relievers, antidepressants, antivirals, statins and blood thinners.
A number of barriers, which includes the lack of clear, evidence-based guidelines, need to be overcome before personalized drug therapy becomes a routine component of mainstream medicine. For now, pharmacogenetics testing is successfully being used in treatment of specific genetically influenced tumors, and for certain medications for cystic fibrosis, inflammatory bowel disease and HIV…important first steps in this promising field.

Genetic Testing and Your Health

A Guide to the Power Players in Pain Relief